It appears that do-good legislators are at it again.

“In Colorado, proposed legislation to ban vaping in public could have a staggering effect on cannabis consumers. House Bill 1076 would amend the state’s Clean Indoor Air Act to include all e-cigarettes — meaning that any kind of vaporizer, be it for cannabis or tobacco, would be banned in restaurants, workplaces, and all indoor public areas (including some residential rentals), as well as outdoors within 25 feet of public buildings and workplaces.”

Similar laws are being considered in Ohio, Illinois and New Zealand. And believe me – it’s in the heads of thousands of state and local law makers.

It doesn’t matter what country you’re in – politicians scour the news in search of “threats” to the public.

Then they valiantly propose a bill to protect their helpless constituency. Without any regard for the ramifications. As long as they get their props for defeating evil.

Such is the case with vaping – including vaping CBD. It is their new dragon to slay.

Laws are their weapons. And vaping’s poor reputation is their shield.

And of course, rather than take a measured approach, like reviewing studies, and considering both sides of the argument (like smoking cessation and fast CBD delivery), they prefer blunt force.

Banning things is a real power rush for petty politicians.

Banning snowballs is just plain stupid. But banning vaping is a horrible idea.

Granted – the negative public perception of vaping is the largely industry’s own doing.

Lack of regulation and standards plus unethical marketing tactics have given vaping a nasty reputation in the mind of the average person.

Exploding vape mods don’t exactly help with that either.

Add to this misconceptions like popcorn lung and vape juice with anti-freeze in it – and people think vaping is for degenerates with a death wish.

I have a niece – who smokes a pack a day – who thinks vaping is too dangerous!

Unfortunately perception is everything.

Is vaping 100% safe?  I thinks so, but It still remains to be seen. One thing I know for sure – it is literally saving lives.

It is getting people to quit smoking. It is a much safer, cheap, non-prescription alternative to cigarettes. No one can argue that.

And people are vaping CBD for immediate relief of panic attacks, migraines and PTSD.

We finally have a tool to help us break away from Big Tobacco and Big Pharma, and they want to take it from us.

Is There a Real Air Quality Threat from Second Hand Vape?

There seems to be little or no health threat from second-hand vape.

At the very least, It’s certainly not a health crisis. There is no reasonable comparison to second-hand cigarette smoke.

OK  I get it, people don’t want to breath exhaled vapor. And rules should apply to when and where vaping is allowed – no question.  But with no credible, imminent health threat, why not take a more expansive view of the issue?

Well, because taking expansive views doesn’t get you any brownie points with the voting public.

The hatchet approach favored by law makers paints all vaping as dangerous. It doesn’t consider the ex-smokers who have weaned themselves off of cigarettes.

It doesn’t consider the veteran who is using CBD vaping to help cope with serious emotional struggles.

The CBD and Vaping industries have a big job on their hands to try and advocate for the benefits of vaping. They are already a few steps behind.

Here are two advocacy groups that are in the fight. 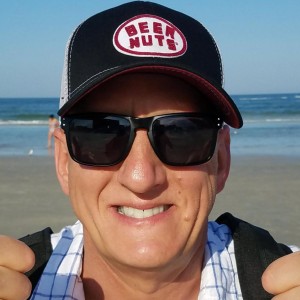